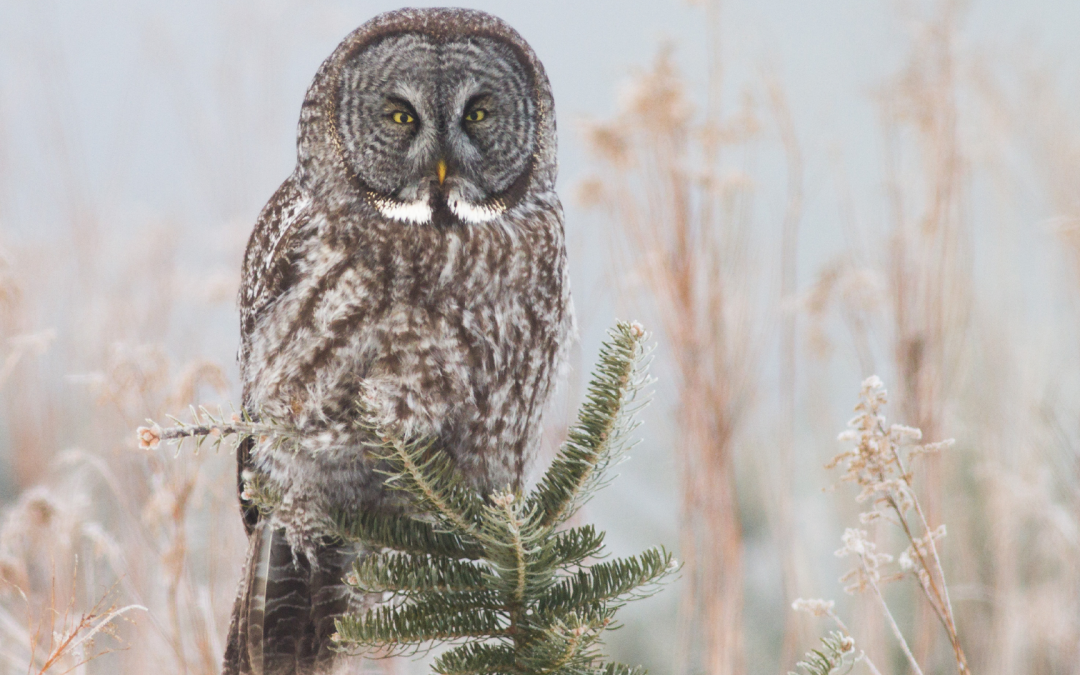 Long before humans ever set foot in Montana, great gray and boreal owls have called it home. But you’d be lucky to spot one of these elusive birds while hiking through the forest. Owls hunt by night and roost by day, usually well-camouflaged in the dense cover.

So well hidden, they have rarely been seen even on biologist surveys throughout the state, leaving more questions than answers about their status.

Hunting, logging, and development are just a few of the threats to their habitat, making Glacier National Park a key location to protect these birds.

For Giving Tuesday in 2019, donors to the Glacier Conservancy rose to the occasion to support great gray and boreal owl research, furthering the park’s goals to learn more about these valuable species.

Your generous support fully funded the project, giving the park capacity to understand how a protected area like Glacier serves as a refuge for species of concern like these two owls.

Park scientists know that much of the park has incredible habitat to support breeding pairs of great gray and boreal owls, but without funding for formal surveys until now, there was no way to know how many are here and whether they’re thriving, or simply surviving.

Due to COVID-19 restrictions in 2020, park staff had to completely cancel the project last year. Finally, in April 2021, they were able to begin owl surveys in Glacier National Park.

They completed two surveys using both playback calls and deploying Automatic Recording Units (ARU) in the Two Medicine area, plus two ARU deployments and one playback survey in Cut Bank. 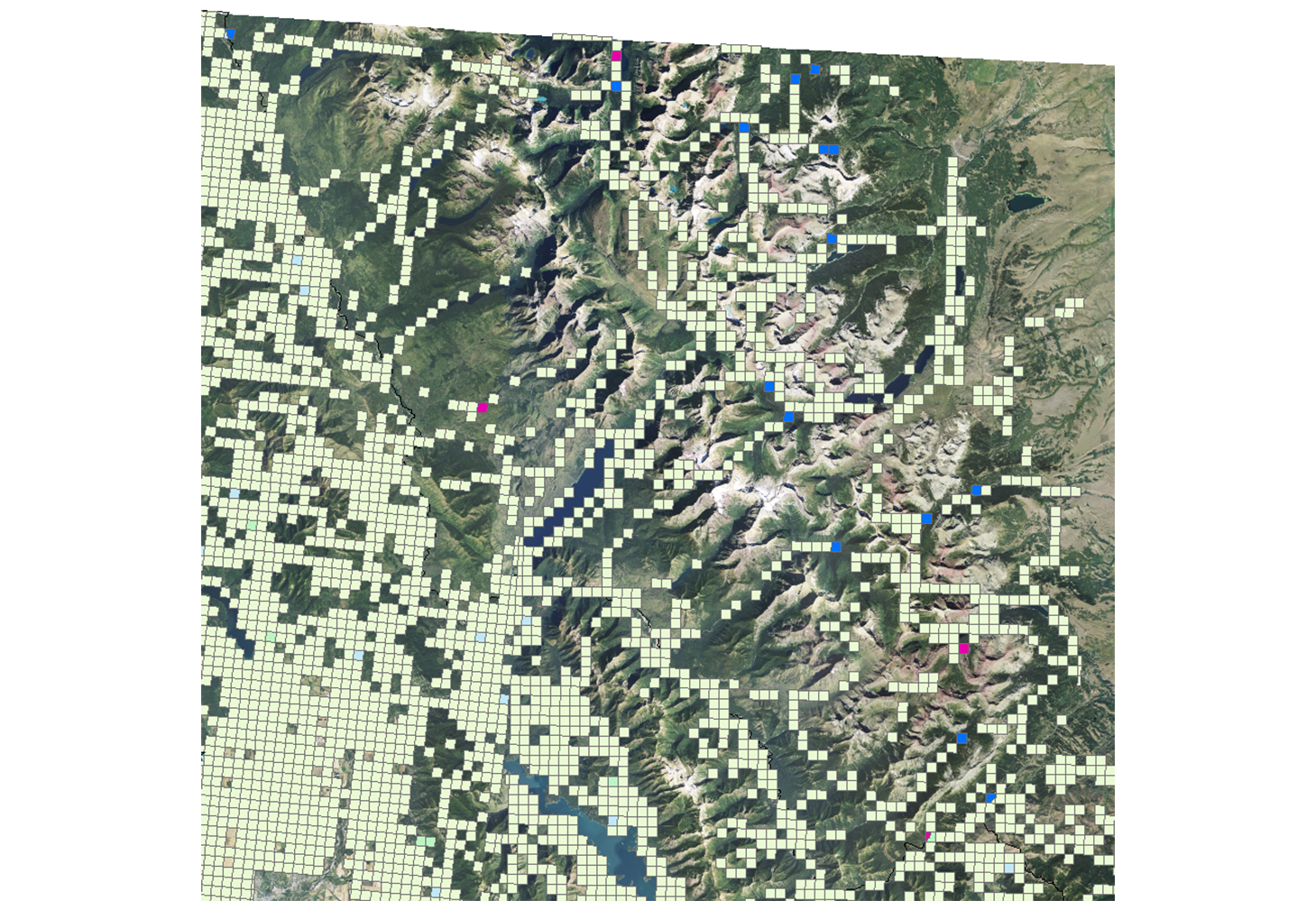 A map of Glacier National Park and the surrounding region with grid cells showing appropriate great gray and boreal owl habitat. From the grid cells identified, park scientists randomly pick cells within different areas of the park. They then play great gray and boreal owl calls and listen for responses at 3-4 points within each grid cell. The research team then surveys these points 3-5 times to increase their survey effort. 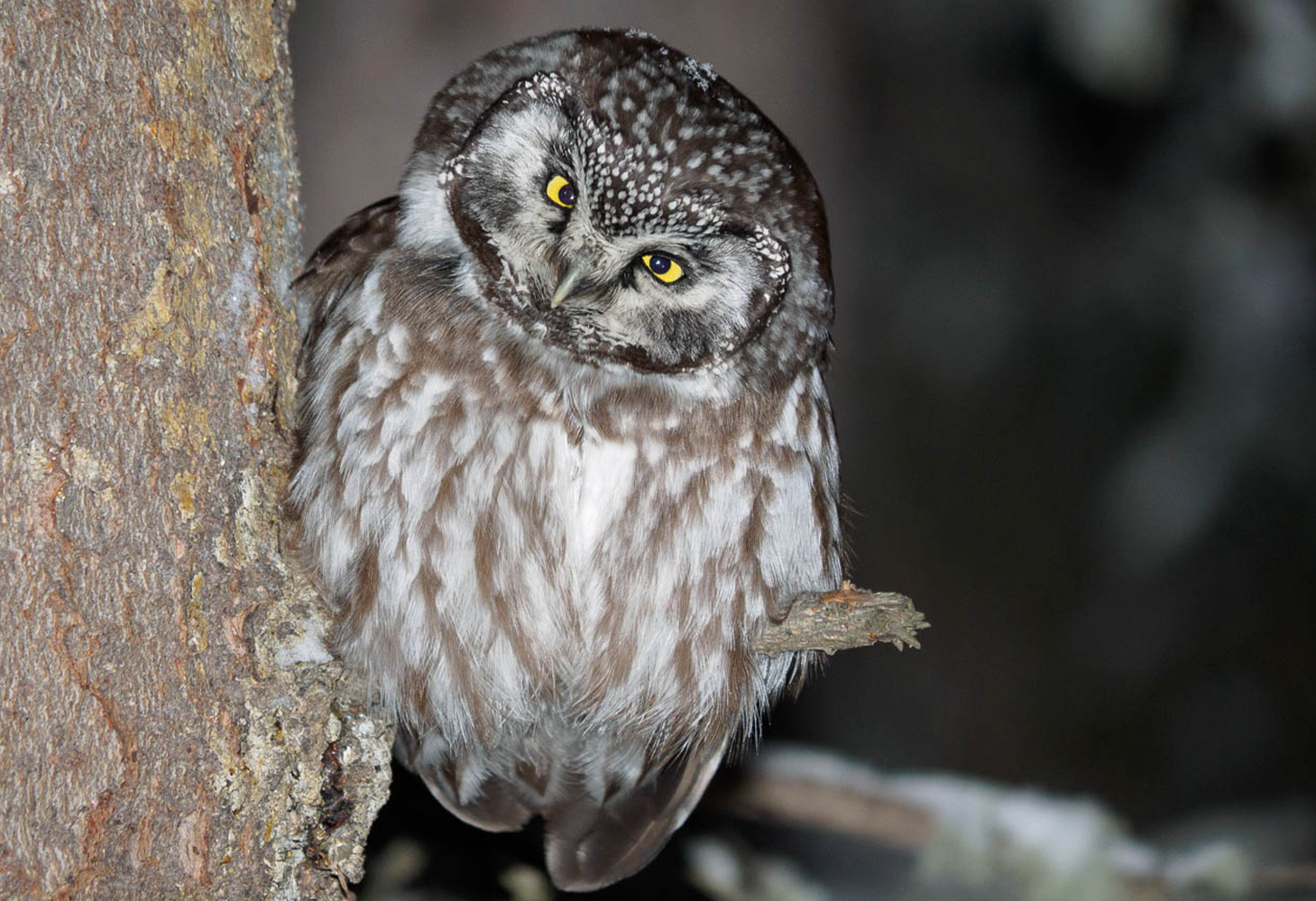 Conducting research in the field in Glacier National Park does present its challenges. In Cut Bank, staff found a moose carcass on the trail between survey points, hindering their ability to conduct the second playback survey in Cut Bank. It is definitely not safe to walk near carcasses in the park, especially after dark.

Despite the challenges, park staff did make good progress this year. Although they did not pick up boreal or great gray owls during playback surveys, they did detect boreal owls twice in Cut Bank while working on another Glacier Conservancy funded project: research on the Clark’s nutcracker and whitebark pine.

Lisa Bate, wildlife biologist with Glacier National Park, reflects back on the night she detected the owls in Cut Bank:

“One night while camping outside the Cut Bank cabin, I detected 6 owls in an hour and a half (3-4:30 am): two Great Horned, two Northern Pygmy, one Northern Saw-whet, and one Boreal owl(s). It was an unforgettable night!”

After recording the owl Automatic Recording Units (ARU), park staff then mail the acoustic files to the Montana Department of Fish, Wildlife and Parks for further analysis.

Despite the delays and challenges the past year has presented, park scientists are planning to continue the project in 2022. Next spring, they expect to expand their surveys into other areas of the park. 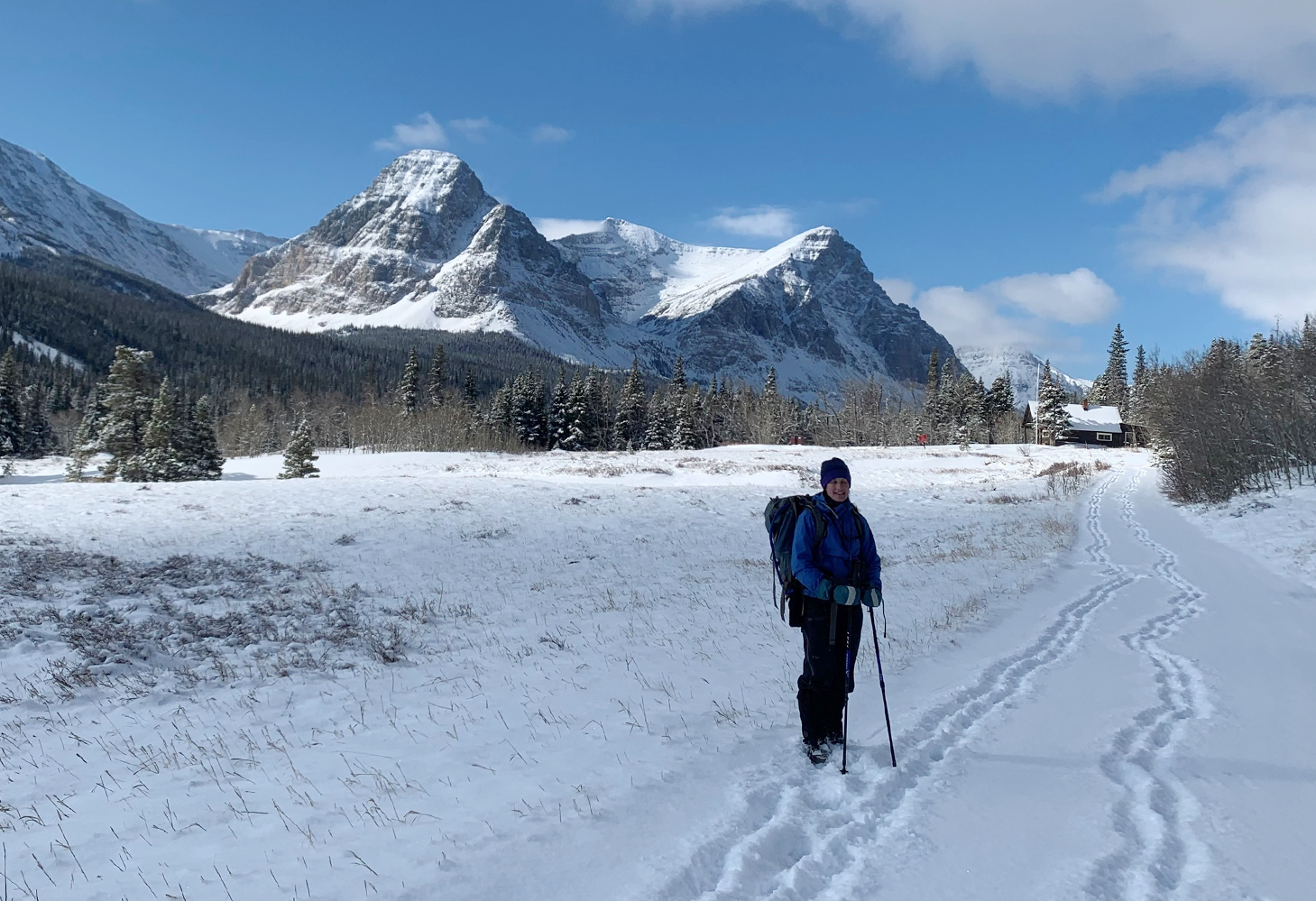 A volunteer biologist assists with setting up survey points for great gray and boreal owl research.

This project and many other critical projects would not be possible without your donations to the Glacier Conservancy.

Learn more about how your support is making other scientific research projects possible in Glacier National Park!