Half the Park Happens After Dark 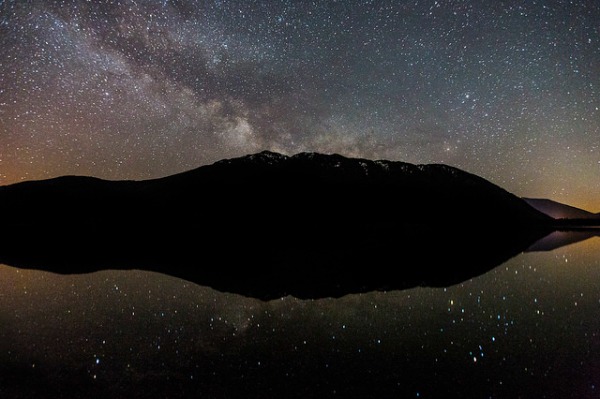 As the NPS celebrates its centennial anniversary, we reflect on the many “surprise values” that have arisen thanks to a century of protecting our nation’s natural heritage. One such value is the dark skies over national parks like Glacier. No unit of the National Park System was ever established specifically to protect dark skies, yet today we are discovering that parks have the darkest skies found anywhere in our nation – and these dark skies provide visitors with a window into some of the biggest questions we ask as human beings.

This project provides support for one of the most popular interpretive programs in the park – an opportunity to look through a telescope at the wonders of the night sky (and our sun during the day) and to learn about why dark nights are important – not only to view wonderful celestial objects, but as critical periods for many animal and plant species, not to mention directly connected to human health and well-being.

Astronomy education programs are attended by 30,000 visitors each year at Apgar and St. Mary and this year’s official Dark Sky Designation will draw even more people to enjoy Glacier’s dark skies. The park also hosts star parties at Logan Pass with the help of the Big Sky Astronomy Club.

Additionally, this project plans the installation of dome at St. Mary Visitor Center that will permanently hold two telescopes. This will allow for better use of large scopes that won’t have to be set up each night. It will also allow for other types of in-depth viewing programs with visitors and school groups. This location will be in partnership with The Starships Project – part of a worldwide network of small, public observatories that share information and experiences via the internet and traditional media.