Secretary of the Interior Visits Glacier

Courtesy of the Flathead Beacon

A century later, when Secretary of the Interior Sally Jewell came to Glacier National Park to mark the Park Service’s centennial, Clements was nothing more than a shrinking patch of snow and a pile glacial moraine.

“Many of the glaciers in the park never even got a name,” U.S. Geological Survey Climate Change Research Coordinator Daniel Fagre told Jewell while hiking above Logan Pass. “By the time they started mapping the park, a lot of the glaciers were gone.”
In 1850, there were more than 150 glaciers in this corner of Montana and many of them were still here when Glacier National Park was created in 1910 and when the National Park Service was established six years later. But the glaciers befan to disappear during the 20th Century. Clements Glacier was gone by the 1950s and today only 25 remain.

Glacier National Park is one of America’s glaring examples of climate change. Fagre, who has been studying glacial recession since the 1990s, said the park’s glaciers are like a bank account for the climate. In some years, they’ll stay steady or even grow, but most years they shrink. It is possible that there will be no more glaciers in the park by 2030.

Jewell visited the park on Aug. 25, the 100th anniversary of Wilson signing the Organic Act, as part of a nationwide tour to mark the centennial of the Park Service. The weeklong journey took the secretary from the nation’s first park, Yellowstone, to its newest, the Katahdin Woods and Waters National Monument, 87,000 acres in the North Woods of Maine that were recently protected by President Barack Obama. Jewell’s visit to Glacier was meant to highlight the impacts of climate change on the park system as well as how managers are responding to increasing visitation and shrinking budgets.

Jewell stayed at the Lake McDonald Lodge on the night of Aug. 24 before taking a Red Bus tour to Logan Pass the following morning. There, she joined scientists, park officials and local media for a hike to Hidden Lake.

“The fact that Glacier National Park may not have glaciers in the future is an incredible opportunity to tell the story of climate change,” Jewell said. “It’s a reminder that we must take drastic action.”

During the hike Mow talked about the small steps Glacier is taking to promote sustainability in the park, from promoting the use of cardboard water containers to interpretive rangers conveying the story of climate change in their presentations to visitors.

Jewell and Mow also talked about the impacts increased visitation is having on Glacier and the park system as a whole. In 2015, more than 307 million people visited the country’s parks and this year officials are expecting even higher numbers. More than 1.5 million people have visited Glacier in the first seven months of 2016, a 13.8 percent increase over last year.

That increase in visitation has created challenges, especially along the park’s main thoroughfare, Going-to-the-Sun Road. The parking lot at Logan Pass and other popular spots is frequently full and congestion is common. But Jewell said busy parks are not necessarily a problem; the more people who are inspired by these public lands means the more people advocating for them, she said.

“We told people to find their park this year and they listened,” she said.

Mow and other Glacier Park officials have said this fall they will look at this season’s record-breaking visitation and see what lessons can be learned from it. Last year, after the Sun Road was closed due to a wildfire on the east side, the park instituted a queue system for people visiting Logan Pass. Mow said having people wait an extra hour or two to control congestions at the pass worked well and that the queue system is something they may revisit in the future.

“So many of our visitors have waited a lifetime to see this place and so if they have to wait a little longer it’s OK with them,” he said.

Jewell praised the work that Fagre, Mow and hundreds of others at Glacier Park were doing to ensure the park’s future.

“These lands belong to all Americans,” she said looking across the landscape a Hidden Lake. “And we must make sure that everyone can enjoy these spaces for generations to come.” 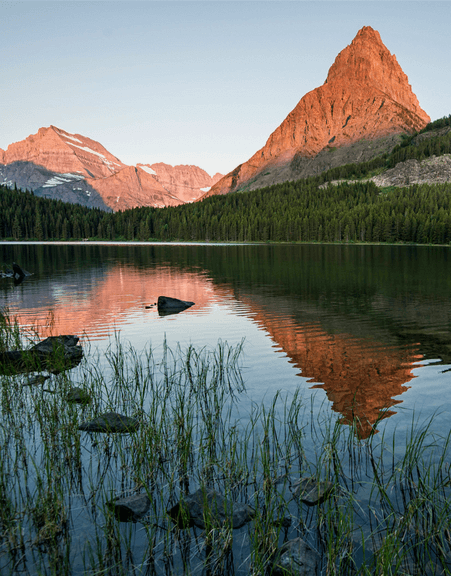 Enter for your chance to win a Pendleton Glacier Stripe Queen Blanket! The historic markings and colors of this 100% wool blanket date back to the frontier trading posts. 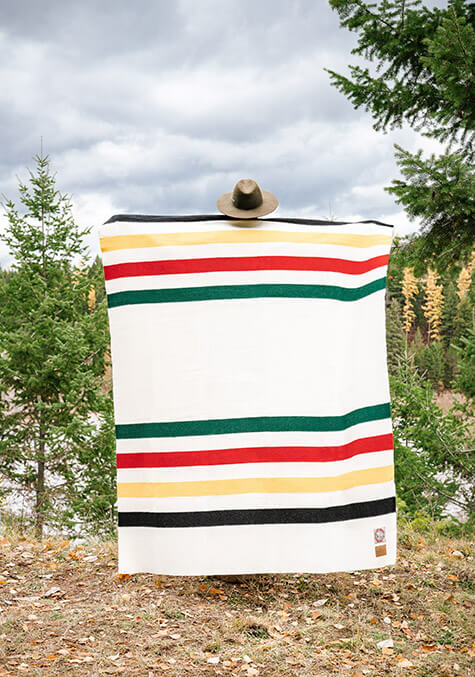 Winners will be announced early September.
Keep an eye on your inbox for our emails, and if chosen, we’ll mail your blanket to you directly. 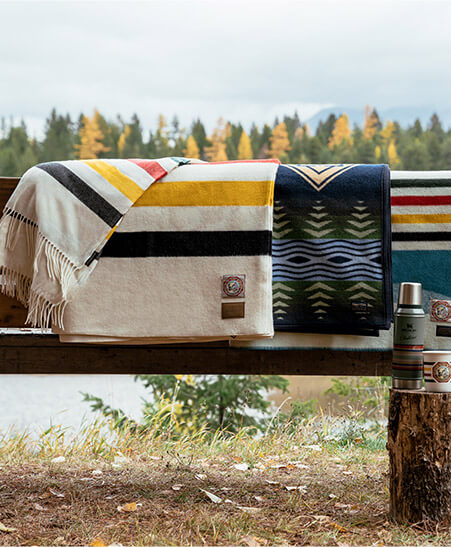