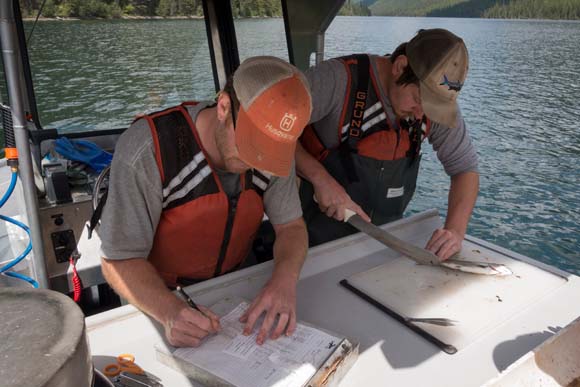 Glacier National Park contains over one-third of the natural lakes that support bull trout across their range, yet it is losing these iconic populations to invasive lake trout. Bull trout, an endangered species, and other native fish species are fundamental to the park’s identity.

Since 2009, the park has been removing lake trout from Quartz Lake to benefit native species (including ESA-listed bull trout and Montana’s state fish – the westslope cutthroat trout) and to preserve visitor fishing opportunities for these native fish. The project has been successful to date; however, a lapse in funding for the 2018 field season threatens to undermine the significant progress that has been made to date. A gap in project operations in 2018 would allow adult lake trout to successfully reproduce, adding thousands of young lake trout to outcompete and predate upon native fish species.

Lake trout numbers have declined since removal began in 2009, and it is critical to continue the work. The native fish populations in Quartz Lake have been maintained through these efforts and a failure to net lake trout in the coming year could remove nearly a decade’s worth of work in Quartz Lake.